Bitcoin Survives the Bitfinex Scare and Holds Above The $5,200 Price Mark 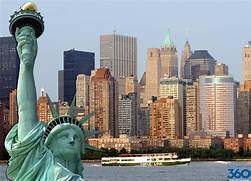 Bitcoin is trading above the $5,200 mark as Friday trading closes in New York. The wonder coin suffered a price slump and tethered around $5,100 at just past midnight UTC in the early hours of Friday.

Bitfinex was in the news again tin the last 24 hours after the New York Attorney General was reported to have reported a $850 million loss of funds by the crypto exchange.


As the report of the Attorney General hit the waves, several users of Bitfinex scrambled to transfer their fund to other exchanges. This was obviously due to a fear of the unknown. As is the case in the volatile crypto market, this report led to a dampening of the momentum enjoyed by Bitcoin since the beginning of April.

Bitfinex fought back and accused the Attorney General of bad faith. A spokesman of the exchange alluded to infractions by banking powerhouse, Merrill Lynch some years back. A similar scenario to what has befallen Bitfinex is what happened to the ML and yet, there was no alarmist report as seen last night.

While the company has tried to douse the flame of the uproar so far, the immediate effect was the across the board crash in the market price of the Top 20 tokens and coins.

While the market has regained some of the lost momentum as the trading day comes to an end, again, the chorus of a coordinated effort to undermine the crypto market is voiced in many quarters.

The company behind Bitfinex exchange is known to also be behind Tether.

The close linkage means that funds could be moved between both parties without much ado. This is he crux of the matter as a court order was said to have merged today, stopping Bitfinex from raiding Tether’s reserves to ease its cashflow burden.

Bitfinex officials says the massive debit of $850 million was not lost and that it is making legal efforts to get some restitutions as the funds were not lost but seized by one of its transaction processing partners.

The immediate fallout of the massive $850 million withdrawal is the fear that Tether could be be in a situation where It can no longer have enough reserves for its stablecoin.

So far, other stablecoins like USDC and PAX are trading at 1 and 3 percent higher market value than USDT. While this might not mean the end of Tether, it is surely another sign that cryptocurrencies are facing fights from all corners. Other exchanges might as well begin to take steps to play corporate games by the rules to avoid a repeat of this uproar.