Ripple and its Token Lockup Period 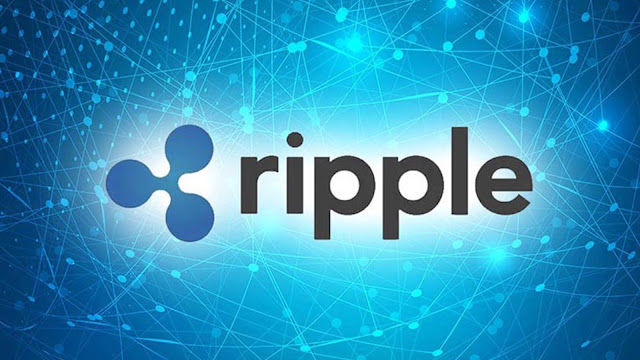 Lockup period for ICOs defines the length of time that insiders/investors in the initial coin offering are expected to hold their tokens and coins before a sale. While there is no defined period, it is common to have 180 days or more as the period of lull.
The Lockup Period

Perhaps one of Ripple’s most inventive qualities is its lock-up period. In 2017, Ripple placed 55 billion XRP into a cryptographically-secure account that cannot be accessed by anyone.

Ripple then created 55 contracts of one billion that are released every month, so every month another billion XRP tokens are released for users to trade. The reason Ripple did this is to stabilize the distribution of the XRP. This way, the total supply cannot be bought up by a group or groups and can continue to work as a method of supporting transactions.

Part of the concerns expressed by critics on the Ripple token ownership model was that the huge holdings of 60 percent claimed by the company was too huge. In clear terms, since this gives the company a disproportionate share of the entire tokens available, the goals of decentralization could be defeated.

The deluge of criticism centered on the fear that the company could single-handedly alter the price and market dynamics with release of a lot of the tokens. The effect of such a move was then considered to be a sore point in Ripple’s marketability.

Taking care of the Fears

It was to assuage the fears of a possible collapse of the Ripple competitivity that the company came out with the methodology for the release of the tokens. By pledging to a phased release of the tokens monthly over a 55-month period. What this meant was that 1 billion XRP will be released each month.
The cryptocurrency markets are easily verifiable because no activity on the blockchain can be so hidden on public platforms. In this sense, market watchers can easily verify the supply of XRP at each interval.

While it may be okay to wonder if the fears of an over-supply were unfounded, it is also noteworthy that large holders of any currency can easily sway the fluctuation to their benefit. So far, Ripple has kept to its end of the bargain.

The methodology used by Ripple was to deploy smart contracts as a vehicle to hold the tokens and release them based on the terms that were publicly made. By warehousing these tokens in escrow contracts, the storage provided some comfort to the investing public.

The period of consideration plays out as a four and half years from the date of the smart contract activation in December 2017. The token release follows a sequential order and if the released token in a batch doesn’t get fully absorbed or bought, it is returned to the queue.

Having played by the rules of fairness and transparency, Ripple has earned itself some plaudits and reputation in the global marketplace so far.

Brad Garlinghouse, CEO of Ripple took some time to marshal out critical reasons why the company cannot go against its public affirmation on the release of the warehoused XRP. By taking the smart contract route, no one was left with a reason to doubt if the company can be trusted.

One beauty of the escrow feature is that anyone who holds XRP can make use of the functionality. So, parties to transactions on the Ripple Ledger can secure XRP and prevents its release until a condition precedent is fulfilled. If the stated conditions are not met, no release will take place.

The company uses the XRP released each month to meet the remuneration of market makers who act as guarantors for the range of transaction spreads used for payments. The tokens are also issued to institutional investors on a demand basis.

Although the smart contract period was for 55 months, the provision made for unsold XRP in each release is to have them become the 56th, 57th month, and so on, in periodic sale.

The Lockup Period of Coins and Tokens


Published reports point out that as at the end of Q2 2018, the following was the data for lockup periods of tokens and coins:
For institutionally funded ICOs (48 percent) = NULL

According to one of the Ripple press releases, specific dates for the release of the tokens are only seen on the public ledger. As the design of the escrow ledger shows, a date is set that stands as a required date before which no cancellation can occur.

It also sets a date that is fixed so that until that date, the release cannot be completed.

So, in clear terms, Ripple tokens are sold monthly to release the tokens. What is clear is that 55 months from December 2017 is July 2022. Apart from this, on the first day of every month, any portion of the tokens that are unsold means that the July 2022 date gets extended by such unsold tokens.

The release of Ripple escrow does not have an immediate effect on the tokens in circulation. When the escrow is released, only institutional users bid and buy them for use for bulk money transfer purposes. Any unsold part is returned to the escrow queue.

In view of the above, the daily crypto trader will not see any impact on the market price of XRP from the escrow release. So, far, the price of XRP has only surged when the news of its X-Rapid launch hit the airwaves. Also, a general rise or fall in the price of bitcoin also leads to a change in the fortunes of XRP.