The Investors Delight: When To Invest In Bitcoin 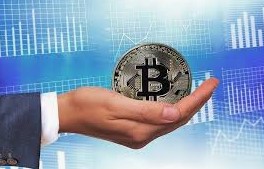 Cryptocurrency adoption is going much slower than most would have predicted. While owning cryptocurrencies is easier now than ever before, using them is about as difficult as ever, with only a handful of places accepting each individual cryptocurrency.

This leads us to a market that is, in essence, an investors market. While there’s a lot of potential for widespread adoption – and in fact, widespread adoption is more of a when than an if at this point – right now people don’t buy cryptocurrencies to spend them. They buy them to park them.

And that’s because, in essence, the crypto market these days is basically a stock market.

Bitcoin recently went through another bull market, bringing its value above the $13,000 mark for the first time in a year and a half. It then plummeted under $10,000 as quickly as it went up.

It’s easy to see why crypto investments are seen as unsafe, considering the unstable market. After all, stocks don’t usually display record peaks and price plummets within the same 24 hours – usually things go one way or the other.

A Strategy To Adopt

The truth about Bitcoin is that investing is only wise if you’re in it for the long game. Bitcoin’s peaks and valleys are huge enough to make the news, but they don’t happen every other week.

Yes, some people have seen their investments multiply tenfold – but most of these people waited years for that to happen.

They waited through peaks and valleys, through rushes and droughts – mostly because they know that once a bull market starts it’s already too late to invest.

Last month, those who bought Bitcoin when it hit the $3000 mark in 2018 reaped the rewards of their patience.

Meanwhile, most people who bought it during the gold rush of late 2017 ended up losing their money.

Sure, they invested under the impression – largely spurred by crypto fans – that BTC would reach $50,000 within a year, but that matters little in the end: It didn’t happen.

In other words, while Bitcoin is volatile, there are ideal moments to invest and not to, as happens with every asset.

Now, the question is – should you go all in and make an all-crypto portfolio? You should stay abreast with the market, buy the dips and sell the tops as prices surge.