A recurring subject among investors, be it in the stock market, forex, or crypto is the ability to predict where the market will go and when. Being able to reliably anticipate the market’s movements, after all, would equal having Midas’s touch: It would make it impossible to ever lose money, turning the market into a nonstop source of money.

It’s based on this belief that many companies or individual advertise themselves, or their products, as “price predictors.” They state they have the ability to know what the market will be like, usually thanks to their apparent knowledge of it or thanks to insider info.

Some might even go as far as claiming to have a supernatural ability to predict future prices.

Naturally, nobody believes anyone has spirits telling them how much Bitcoin will be worth in a week or a month. However, most people do wonder if it is possible to predict crypto prices. After all, some successful people claim to be able to, but are they? Is there any way to learn?

The truth about price prediction

There’s no deterministic way to predict tomorrow’s crypto prices. That’s a fact. Nobody can predict neitherprices nor fluctuations with 100% accuracy, at least not without having huge amounts of insider info. On that regard, accurate price prediction is impossible.

But that doesn’t mean star investors are lying when they say they’re good at predicting prices. Not everything somebody predicts has to come from supernatural abilities – sometimes experience is just enough.

For example, if you’re holding something and let go of it, it will fall. You can predict that. You can predict the sun will set in the afternoon. But you don’t need magic powers or insider info for it, it’s just general knowledge and experience.

Prediction as an art

In a way, being able to predict prices is a bit of an art. It generally consists on knowing how the market reacts to different announcements and changes – for example, certain cryptocurrencies are more likely to have their prices rise as other currencies have their prices go down.

Just as well, usually cryptocurrency prices go up when announcements about them are released, or when the blockchains they belong to receive updates.

The art of predicting thus becomes more of a game where the investor tries to obtain all the knowledge they can and act on it before anyone else does.

It’s still not assured, of course, and there’s a high risk component to it, but people who truly know the market can minimize this risk. It’s all a game of instinct, and nothing develops your instinct more than ample knowledge and experience.

Professional traders don’t exist or trade in a void. They also don’t do all their job themselves, since the amount of data one would need to understand the current state of the market is huge. Therefore, they have tools that help them along the way.

Many of the tools used to predict crypto prices come straight from the stock market, and the most common of these are called indicators. While the price a currency has is an important one, there’s a lot more to it than that – and by knowing these indicators you can see the full picture of the market.

This alone will tell you a lot. For example, a market where the demand is going down, even if the price is stable, is likely bracing itself for a change, probably a downturn. Meanwhile, a market that starts seeing increased demand might be about to go up.

That’s basic economy, of course. But these indicators will often show you what’s going on as it happens, or sometimes even before. If you know how to read the charts, you’ll have a much higher chance to foresee what’s coming and react accordingly.

Other commonly used tools include trading scripts and aggregators that check the market status not only for today, but for the last few months or years. These systems attempt to find patterns in the market and heavily weight their predictions based on these, under the idea that the market (as happens in the world market) follows certain patterns.

Software as described above isn’t easy to use and it would be foolish to think it will actually predict anything, but it will always output what seems to be most likely to happen based on previous patterns and recent movements. In many cases, people who predict prices use these tools.

Ways to get predictions 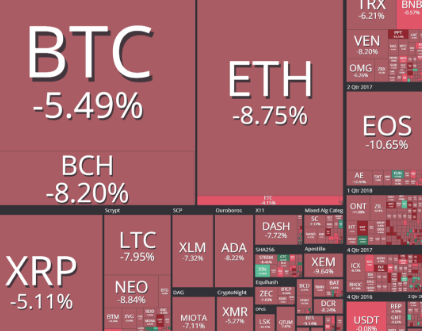 Now, let’s assume you can’t really learn to predict prices. You don’t have the interest, the skills, or the time required to learn the market. There are still ways to obtain and perhaps profit from those predictions. They come in two forms: Signals and trading scripts.

Signals refer to checking out the market movement of one or several top traders and copying them as they happen. So if you see a few star traders suddenly sell some, or all of their Ethereum, the market is likely to go down – meaning you’ll sell too. Same thing happens when they buy.

Several markets and systems offer signals, both free and paid, to help newer investors. However, signals are prone both to mistakes (traders getting it wrong) and misinterpretations (a trader might be selling for reasons other than expecting market variance.)

The second method is trading scripts, or bots. These are script (that is, a series of instructions) telling our preferred trading software how to react to market changes.

Usually, these scripts take to account recent and historical market movements along with market indicators and, often, also signals. They automate trading, although they are still very risky. Also, since they’re used mostly for margin trading, the income from these bots is usually on the lower end.

Conclusion: Can the market be predicted?

YES. It can. While predicting the market as a concept isn’t a lie, the act of doing so is more about following your gut instinct along with the information you have.

Some people are great at figuring out how the market will react to situations so they can act ahead – however, they still need to have information on what’s going on, and even then, they always risk getting it wrong.

As such, predicting the market is a stochastic game, one of probabilities where power traders who move large amounts of crypto get some right, and some wrong, and with some luck get just enough of them right to turn a profit.

And indeed they turn a profit – but usually that happens because they trade in large amounts, like hundreds of Bitcoin or thousands of Ethereum. For a newcomer looking to invest $1000, trying to predict the market and play a limit trader isn’t likely to have any returns – in fact, such an attempt is more likely to ruin you.

In the end, it’s good to remember no market prints money, and where somebody is making it somebody else has to be losing it. Everyone losing that money is also trying to predict the market, they’re just getting it wrong.

In most cases, price prediction is akin to rolling dice – dice you can, perhaps, with lots of knowledge and help, make sure are lightly loaded, but still dice. And even loaded dice sometimes roll snake eyes.