Non-Fungible Tokens: How feasible are they? 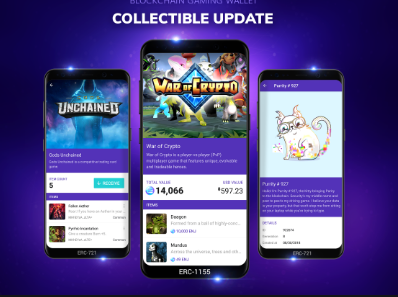 Although cryptocurrencies are the most common, most often mentioned traded product in the blockchain, they’re far from being the only type of token you can find.

Cryptocurrencies are common because they can be used as currency, since they’re fungible and divisible – but as the technology has grown, another type of token has become common in certain environments: Non-fungible tokens.

What is a non-fungible token?

Non-fungible tokens, or good, are those that can’t be exchanged for other tokens of exactly the same value. Cryptocurrencies are fungible because currencies themselves are fungible. You could lend a friend 1BTC today so he can make a purchase, and he can pay it back next week.

The BTC you get back won’t be the exact same token, but the value and its properties will be the same. Cryptocurrency tokens, thus, are fungible, just as fiat currencies are.

Non-fungible tokens don’t have this property because, unlike cryptocurrency tokens, they are unique. Each token has properties that set it apart from others, and these properties will greatly affect the token’s value.

For example, in early 2018 there was a short craze over a project called Cryptokitties. This project consisted of collectible kitten images where no two tokens were the same. They were produced on the blockchain using a hashing algorithm that effectively made it impossible to clone, or “pirate” a cryptokitty.

The project caught wind, and soon enough some of these kitties were selling for hundreds, or thousands, of dollars – with the highest one being sold for $120,000. The craze talked to our own attitude towards collecting, mixed with the rarity and uniqueness of these kitties.

What can they be used for?

It isn’t difficult to notice the parallels that cryptokitties have with baseball cards: Printed pieces of cardboard featuring a picture of a baseball player each. Most cards aren’t worth much, but there are a handful of highly sought-after , collector cards that can cost hundreds of thousands of dollars.

The parallel is there because non-fungible tokens have so far been most famously used precisely as collectors items, an equivalent to baseball cards. And they could be used for more than just digital kittens, too – virtual versions of card games like Magic:

The Gathering and Yu-Gi-Oh stand a chance to flourish under this environment, where rarity affects price and free trade among members of the blockchain is a thing. It would, in fact, create an exact digital version of the print formats of these games.

But there’s more. The entertainment and software industries could well overhaul their handling of digital content by converting to non-fungible crypto tokens.

Currently, when you purchase a film, you get a license: That is, a permit to access it. Said licenses are non-transferable, so they can’t be resold, and once they’re purchased they become essentially worthless.

Going for non-fungible tokens would allow companies to create transferable licenses that can still be tracked – and using smart contracts, the tokens could even be setup so that whenever they are sold, a percentage of the price goes back to the creator.

This may sound silly if you think about, say, Marvel films, since it’s impossible to think of Disney going out of business anytime soon and their digital films becoming impossible to purchase. But not all studios are Disney, and not all entertainment industries are into films.

One of the industries that could make its users’ lives much easier is the video game industry. Video game companies often go under, and their titles become impossible to purchase – with however few redeemable copies left rising in value.

Some of the titles that have gone out of sale on the Steam platform can fetch hundreds of dollars for unredeemed keys due to their rarity – and because video game collecting is a thing.

By creating non-fungible tokens instead of using the current license method, collecting digital items will obtain the same legitimacy as collecting physical ones.

More importantly, those interested in getting films, music, or software that is no longer being sold on a first-party basis will get a chance at obtaining legit copies rather than being forced into piracy. 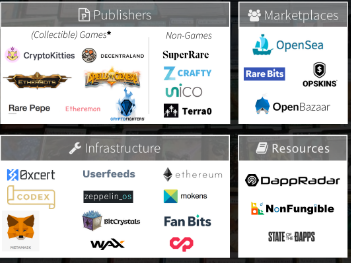 It’s hard to tell. The sad truth is that, while converting digital licenses to said tokens would be great for the users, companies have few reasons to do so – particularly large ones.

Most companies already fight the secondhand market tooth and nail, and backing a digital one will seem horrible to them, even when said market could give them a cut.

Still, many systems we use today would have seemed impossible a couple decades ago. While nobody should bet on this today unless they are proposing a business; even investing in them these days might not be a great idea. Non-fungible tokens might well become the future of collectibles.