Shelley Testnet: What is it, and why does it matter? 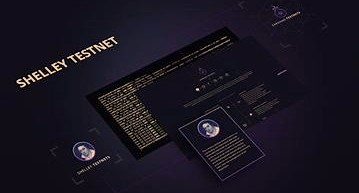 The blockchain space is full of projects, most of them trying to tackle different elements of our daily lives.

These projects range in usability from seemingly superfluous to essential, the proposed uses of the technology encompassing every single part of the world we live in.

Cardano is, at first sight, yet another case of a blockchain that attempts to deal with Bitcoin’s problems of scalability while maintaining privacy, with the added goal of creating a truly distributed blockchain.

That list of goals, while a good one, is nothing we haven’t seen before. However, there are a couple details on Cardano’s implementation and philosophy that bear mentioning.

First, Cardano is developed following scientific philosophies – that is, everything that goes into it has to first be reviewed and tested extensively. Changes don’t make it to the blockchain easily.

Second, since everything has to be tested, Cardano has a handful of iterations of its own blockchains called testnets –which is where all these tests take place.

The proof-of-stake consensus method isn’t anything new. Blockchains using this have existed for years now, and many developers have touted the method as the most likely successor to proof-of-work.

However, proof-of-stake has its detractors, and coming up with a working, well-balanced method is anything but easy.

The Shelley testnet, and the eventual Shelley implementation of Cardano, is a network where Cardano users can experiment with the latest proposal on how to implement proof-of-stake on Cardano.

This applies both to the staking itself and the smart contracts in the network – as Shelley constitutes a massive rework from previous implementation.

This upgrade thus opens the door for Cardano to attain its main goal That of a distributed, secure, trustable blockchain where the community eventually are the ones in charge.

What should we expect from Shelley? Will this shake the blockchain world? 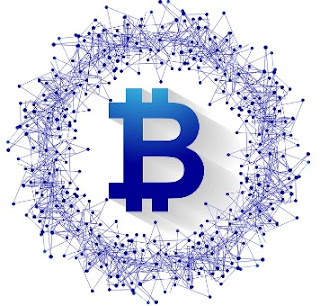 It’s unlikely that Shelley will fundamentally change the blockchain scene by itself. For now, Shelley is but a proposal – and being a testnet, so far it’s only a beta.

However, Shelley’s state as a beta comes with a handful of upsides that might well help push Cardano into greater relevance.

By implementing Shelley as an iterative, community-driven project where feedback is considered and where changes aren’t final, Cardano manages to keep its main blockchain stable. This also ensuring that future updates will be as good as possible – if any details of the implementation bother community members, after all, they’re free to speak up long before changes go live.

This goes against some of the bigger customs in software development, specifically that of keeping surprises around and trying to shake markets with sudden, surprise announcements. However, it also gives Cardano credibility while helping it be the best it can be.

Shelley’s eventual goals include a faster network, a better wallet backend, heightened security, and what could well be the best implementation of a distributed blockchain so far.

Particularly that latter goal could well start a revolution, as current blockchains have been regularly criticized due to how relatively easy it is to bring them down if you know which nodes to target.

Whether Shelley will eventually change the blockchain scene is yet to be seen. However, there’s a lot riding on the testnet, and there’s more than just a little expectative about it.

Cardano isn’t a big player in blockchain so far, but its approach has been noticed and many members of the community hope its unique approach towards development might indeed yield great advances to the technology and its implementations.

We’re yet to see if this truly comes to happen. For now, Shelley is a promising future in the blockchain market, and Cardano a blockchain to keep track of.

After all, if Shelley’s goals are reached, Cardano could well become a major player in the market – and its implementation might become the next de-facto blockchain.