Why You Should Explore Gold Investments 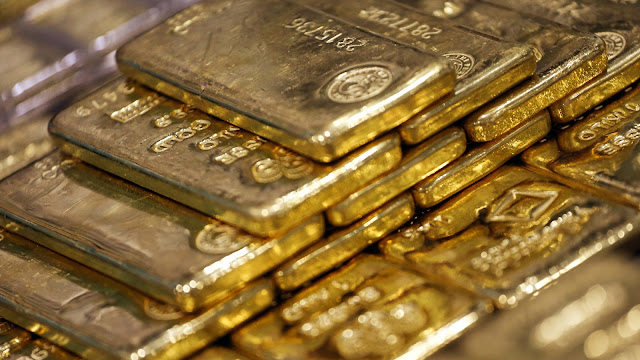 We all have heard it from friends, or perhaps read it in books or the internet: Buying gold is the best investment you can ever make. Gold never loses value, and therefore he who buys gold only gets richer and richer every day.

Yet naturally something doesn’t add up. If securing your money and even making more was as simple as buying gold bars, then nobody would waste their time in the stock market or investing in real estate. But we know for a fact that millionaires usually keep lots of money in these markets, so what’s the truth?

The nature of gold vs paper investments

Gold has been a popular commodity for thousands of years. The shiny, good-looking stones were highly sought after long before they even had a use, and until not too long ago it was the de-facto currency in most societies in the world. This has given it a mythical status, where people will often expect gold to be worth lots of money just for being gold.

It’s that mythical status what has helped spread the idea that gold is the best investment. In truth, gold is an investment like any other – its prices can go up or down depending on the economy. To put it simply, investing in gold is the same as investing in any other commodities – and it carries the same risks.

Why do some people recommend investing in it then?

While gold has the same risks as most commodities, it also profits from its status as both a “precious metal” and a “safe investment.” Usually, when market confidence is low, many investors relocate their holdings… and they do so into gold. Gold is historically known for going up when markets go down, and this is mostly thanks to its reputation as a safe investment.

In other words, gold isn’t an inherently bad investment – it’s just the kind of investment you only want to make if a recession is incoming.

Why is gold only good if the market is bad?

Because once the recession is over and markets recover people who invested in gold sell it, thus flooding the market and crashing the price.

There’s also a reason for that, too: Gold, as an investment, is as passive as can be. It gives no dividends, earnings, or ROI whatsoever until you sell it.

Amazon and Apple investors actively profit from the companies doing well beyond the share prices getting higher. Gold investors, however, get nothing at all as long as they still hold the gold.

But gold goes up in value a lot… doesn’t it?

Gold did see a major jump between 1999 and 2009, with the price going up more than five-fold. But this didn’t repeat over the following decade, as the price went down between 2009 and 2019. While it is possible that gold might start greatly appreciating again long-term, it’s impossible to predict.

And then, there’s how a five-fold ROI over ten years isn’t impressive. It’s great, of course, but it’s nothing we don’t see in the stock market already. Netflix investors made more than that between 2007 and 2017, for example – the price went from about $3 to about $200/share, giving it an ROI of more than fifty times the initial investment.

Sure, investing in Netflix in 2007 was riskier than doing so in gold, but that’s the point. Safe investments rarely ever give returns as big as riskier ones.

So, should I get gold or not?

You can hold some gold even if there’s no imminent recession. The gold market doesn’t tend to plummet, and it’s certainly a relatively safe investment if your goal is to protect your savings from inflation.

However, it is generally advised that you shouldn’t keep all your stocks or investments in gold. First because you won’t make much money from it as opposed to actual investments in the stock market or real estate, and second because putting all your eggs in the same basket is a bad idea – even if that basket is made of gold.

Having gold isn’t a bad idea, just don’t have too much of it. The key to financial success is diversifying investments, and that applies to gold too.