Cryptocurrency Transaction Fees: Which are the lowest? 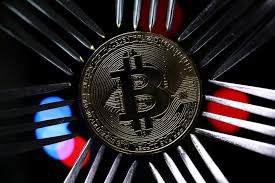 Nobody likes paying transaction fees. Be it from using our debit/credit cards, from bank transfers, or from payment services like PayPal, there’s a part of us that always feels bad when we notice the added fees – particularly if we add them up.

Since this is the case for fiat money, it stands to reason most people would feel the same about cryptocurrency fees. However, while most articles on crypto fees will give you detailed information on which exchanges offer you the lowest fees (and for which currencies,) we rarely ever take a look at another important part: The fees currencies themselves charge.

Why do cryptocurrencies take fees?

Blockchain – that is, the technology behind cryptocurrencies – relies on a semi-distributed ledger where, instead of a single server keeping track of transactions and authentication, every node on the network does. However, as everything in the world, keeping these nodes up costs money.

In Blockchain’s case, this money isn’t a monthly server costs fee that the developers have to pay. Instead, blockchain allows its own users to set up their devices as nodes, lending their processing power to help both with the task of authenticating transactions and keeping track of the distributed ledger.

Depending on the specifics of the cryptocurrency, which aren’t important here, this process can be known as mining or staking. Regardless, the result is the same: The person adding their devices to the network to help maintain it gets paid with cryptocurrency for their effort.

This money paid to the node’s owner is what’s known as the blockchain transaction fee: If a node authenticates a certain amount of transactions, the transaction fee from those is paid to said node. Since keeping up a node either mining or staking cost electricity and processing power, it’s a way to pay those keeping the blockchain up for their effort.

That said, not all cryptocurrencies charge the same. Some are definitely more expensive than others.

Why do some crypto charge higher fees than others?

This depends directly on the design behind the cryptocurrency and its blockchain. To put it simply, some cryptocurrencies require much more processing power to authenticate transactions. In some cases, this is due to heightened security, but in others, as is the case with many of the currencies that can be mined, it’s a result of a non-optimized mining algorithm. Some blockchain are even designed to take a small amount of crypto outside the blockchain for each transaction, thus forcing deflation.

Understood. So, which are the cheapest crypto by fees?

Let’s first mention something: The fact that these cryptocurrencies charge lower fees doesn’t necessarily mean they’re ideal currencies to invest in or use. That said, here are some of the cheapest ones:

Ethereum: Probably your best bet if you want a common-use cryptocurrency that also charges relatively low transaction fees. Ethereum’s transactions aren’t always the lowest, but they usually average among them and, being one of the most common cryptocurrencies, can be used in many places.

Ripple: One might consider adding Ripple to the list is cheating, as it’s not a common-use currency, instead focused on financial institutions. Still, this crypto token boasts a ridiculously low transfer fee – often under $0.01 – making its fee negligible. This extremely low fee is why Ripple has positioned itself as one of the better-established cryptocurrencies, helping lower bank transfer fees along the way.

TRON: While TRON is often touted as a “no-fee” cryptocurrency, that’s not quite true. What’s true, however, is that it boasts one of the lowest transaction fees in the market, averaging $0.002/transaction in 2019.

IOTA: IOTA’s transaction fees are peculiar for one reason – they aren’t actually charged. To keep itself up, instead of outsourcing all transaction validation to certain nodes, IOTA asks one thing of its users: For each transaction you make, you must authenticate two. The amount of processing power required to authenticate these two transactions is negligible – effectively making IOTA’s fees nonexistent for all but the stingiest of users.

Stellar Lumens: Lumens boasts an almost-nonexistent transaction fee. The blockchain has a set fee of 0.00001 XLM per transaction which, coupled with its current value of around $0.07 USD/XML makes the transaction cost laughably low.