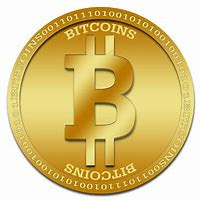 The problem with crypto trading, and how many steps and fees it can incur, is one many people have tried to tackle. Until recently, the Binance blockchain was the most successful solution on the market, since its use of pegged tokens allowed people to easily trade between select cryptocurrencies over and over without incurring huge blockchain fees.

For Ethereum and its plethora of tokens, however, there’s a new best service: Uniswap.

Uniswap is a new, Ether-based, distributed currency exchange. Unlike centralized exchanges, that take customers’ buy and sell orders and offer prices based on them, Uniswap works without an order book, instead acting as a liquidity provider.

Uniswap’s liquidity provider system works by allowing people who have tokens to “lend” them to the system to give it liquidity. Each time a customer buys a token from uniswap, they pay a small fee that is then distributed among all liquidity providers for that token – with larger providers obtaining a larger share.

In other words, Uniswap works in more or less the same way savings accounts in banks do. You can provide liquidity by handing them your crypto, and in return you get a small amount of crypto, while your actual crypto might be used for other things (in this case, to sell to potential buyers.) Unlike with banks, Uniswap does have 100% liquidity, only not necessarily in the same tokens people have used to provide liquidity.

Prices in Uniswap are automatically calculated using a formula based on the current offer and demand. Sellers don’t get to decide how much to sell for, and buyers don’t get to place orders according to how much they want. They’re instead offered a price by the exchange.

As another important detail, Uniswap doesn’t allow for fiat exchanges. You can’t purchase tokens using USD, and you can’t sell tokens for USD. You can, however, use USD-tethered tokens in the Ethereum network.

Now onto how to use Uniswap: It depends on whether you plan to use it as a liquidity provider or as a buyer.

Buying from Uniswap is simple. Trades take place through the Uniswap website, and are done in much the same manner as other crypto exchanges: Search for your desired trading pair, look at price, click buy, proceed to make the payment, and then receive your crypto.

As a liquidity provider

Using the exchange as a liquidity provider is more complex.

Once you make the deposit, the system will calculate how much of the current liquidity pool your deposit equals to, and keep it noted. It will also recalculate it each time anyone adds to or withdraws from it, making that percentage go higher or lower. You’ll be, at any time, allowed to withdraw that percentage from the pool.

4.      The one small (but potentially large) drawback

This is because currencies change in value often and said value changes are never uniform. So if you were to deposit, say, 1ETH and 100USDT (assuming an exchange rate of 1ETH=100USDT,) that value wouldn’t really hold for long. Perhaps by when you want to withdraw the value has tripled, and now 1ETH equals 300USDT.

This is a problem, because the system can’t give you the exact same number of tokens you gave it. Instead, the system will maintain the ETH/USDT pool, with both your deposit and that of others, balanced so there’s always an equivalent value of ETH and USDT in it. This means it will add and substract both ETH and USDT to it to keep the balance.

This means that, if ETH tripled in price, you wouldn’t get to withdraw the 1ETH and 100USDT you put in (leading to a grand total of $400) but an amount somewhere in between. In this case, you’d own less than 1ETH, but more than 100USDT. The exact amount of each might vary depending on how the pool is handled, but you’ll always make a profit in this case – only a smaller one that if you had held onto your crypto.

The system works in both ways, however. If ETH were to lose value, the grand total of ETH+USDT you’d get to withdraw would be lower than what you put in, but larger than if you had held onto your crypto. In other words, both the risk and the reward are distributed between you and the exchange to ensure no value is lost.

It greatly depends. In both cases above (where ETH goes down and where ETH goes up) you’d also have received an extra amount of money from transaction fees over the time you were a liquidity provider. In some cases, this amount could be enough to offset the opportunity loss if ETH appreciated, and it will be a nice extra if it deprecates.

Uniswap isn’t there to necessarily make you money, although it will pay you for providing liquidity. It isn’t a replacement for crypto investments, but a different way to obtain a ROI while at the same time providing a service.

To make it clear, Uniswap isn’t making money at all – and thus it isn’t “taking” your earnings. Instead, while working with fluctuating prices, the system does its best to maintain a balance between trading pairs. The theoretical loss you incur isn’t Uniswap taking your money, nor is it losing money. It’s just the result of a balancing act.

Uniswap is still a relatively new system, and surely over time it will improve. It’s quite likely that we’ll get to see larger exchanges using this method later on, perhaps even allowing for inter-blockchain transactions. Over time, with extra improvements, the model behind Uniswap is likely to replace many of our current-day exchanges. Whether it is worth it for you to help it now or not, however, is entirely up to you.