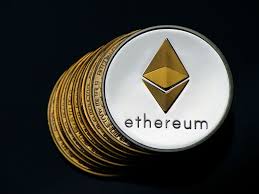 The long-awaited Ethereum 2.0 upgrade, also known as serenity, is almost upon us, and it’s perceived in the cryptospace to be a momentous shift in comparison with those from the past half-decade. The upgrade will take effect in three phases and span a couple of years. Although full-blown scalability only becomes evident with the implementation of the last phase, the foremost phase is also as important.

The first phase will mark the unveiling of Ethereum’s Proof-of-Stake (POS) Beacon Chain, laying the path for the next phase introduction of scalability via sharding, and the eventual merging of the ETH and ETH 2.0 network.

The Ethereum 2.0 upgrade is set to combat the network’s long-standing scalability issues by transitioning from a Proof-of-work to a Proof-of-Stake (POS). As you may already know, Proof-of-Stake in itself simply means staking a certain value of cryptos to become a node validator and earn a stake.

At the start of November 2020, the ETH Foundation kickstarted the initial process of the much-anticipated ETH 2.0 upgrade, which detailed the requirements for the implementation of Phase 0 (or first phase). The phase 0 specifications stated that an approximate volume of 524,288 ETH must be staked by a minimum of 16,384 validators to start-off the Proof-of-Stake consensus protocol. Becoming an ETH validator and earning a stake requires a deposit of 32 ETH on the chain.

Since Phase 0 is slated to launch on the 1st of December 2020, the requirement demanded that the staking milestone be completed by the 24th of November 2020. The staking requirements for Phase 0 of the upgrade were completed on the set date with over 694, 368 ETH worth USD 422 million, deposited in about 16,736 transactions of 32 ETH each. The Ethereum 2.0 upgrade will go live in three days with the Beacon chain, which is the first phase of the process. Consequently, other phases will follow in the coming years.

How Will Staking Play Out in Ethereum 2.0?

In principle, staking in Ethereum 2.0 will be open to all and sundry after the implementation of Phase 0. However, in the real sense of things, certain basic requirements must be met by potential stakers.

This is a sacrosanct requirement that qualifies anyone as a staker/validator on the ETH 2.0 network. A minimum of 32 ETH is set as the staking threshold. At the time of writing, the market price per ETH is $537, that would mean a minimum stake of about $17,200. Stakers will have the privilege to validate transaction blocks, get rewards in return, and also improve the overall security of the network. Additionally, a certain percentage of the fees paid on transactions will also go to stakers.

Apart from the minimum financial commitment, a staker must be willing to become a node operator. To operate a node, you must have a computer that checks all the specified hardware requirements to effectively run the Beacon node software and stays online continuously. However, there might just be an alternative means to run a node, which we’ll look at shortly.

Staking and Running A Node in ETH 2.0 – The Alternative

Although ETH 2.0 is yet to go live, as soon as it does, certain staking alternatives dubbed “Staking Pools” could quickly begin to make headways. These staking pools may provide you with the opportunity to become a staker without necessarily having a high-end computer or depositing the minimum financial stake of 32 ETH.

Staking pools will provide the necessary computer hardware that’s sufficient to run a node at a fee, provided that users are willing to meet the minimum financial requirement. Also, users may choose to pool their Ethereum until they attain the required threshold to activate a node. In this case, staking rewards are shared proportionately.

The hotly-anticipated ETH 2.0 upgrade is one of the most debated topics among crypto enthusiasts today and the transition from POS from POW is just the start of what’s to come. This significant change in consensus protocol is targeted at achieving future scalability. Furthermore, with massive interests and anticipations surrounding the unveiling of this upgrade, its final implementation could spell a revolutionary market stride for the world’s second-largest digital asset.